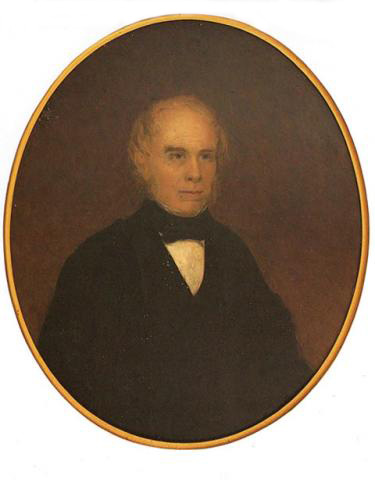 The renowned naturalist William MacGillivray was born in Aberdeen in 1796 and studied and worked most of his life there or in Edinburgh, but he had a Harris connection through his father and spent much of his childhood at Northton in South Harris (where the MacGillivray Centre now bears his name). As a young man, he returned to spend 1817-1818 there, and his diaries of that period have been published as A Hebridean Naturalist’s Journal (Acair 1996). In October of 1817 he and a party of friends and relations made a journey to Uig.

Let me describe the scenery, shooting grounds, house and its inhabitants. The scenery is generally of the grand order with little or no beauty. We have a long series of lofty mountains, turning into ridges & forming deep glens. These mountains are all rugged & precipitous, they run north-east and south-west. Stretching toward the north from them are low hills and extensive plains several miles in length and toward the south higher hills & vallies. On the declivities and under the rocks are the haunts of the deer, not easily found by a stranger, but well known to the inhabitants. Loch Rezort terminates the ground of sport on the north, the ocean on the west and south, and the Lewes on the east. The whole ground is broken into little eminences & depressions, covered with heath and some other plants – at this season of the year of a yellowish or brown colour, which renders it extremely difficult to see the deer – though the broken nature of the surface facilitates an approach to them when discovered.

The house, our place of rendezvous, is situated at the distance of between one and four miles from the places of resort of the deer, at the head of an arm of the sea which constitutes part of the northern boundary of Harris. It is what in the Hebrides is denominated a black house and what Dr Johnson calls a hut. Its inhabitants are Ewen McDiarmid, a shepherd in the employment of a gentleman of Kintail who has a very extensive tract in Harris under sheep, a tough, unpolished, but honest and civil man advanced in years; his wife Christina McCaskill, daughter of Mr McCaskill schoolmaster of Uig in Lewis, a genteel woman of about thirty; little John their son, a comical cross-grained boy; two female servants, the one a clumsy lump, the other a half-idiot with only one eye.

On Sunday, the 19th, Ewen and Miss Nelly and I and little John went to Toray, a small farm two miles down Loch Rezort on the Lewis side. One of our incitements to go there was to see two children of Ewen’s who were lodged there. Here we were treated with cream and potatoes. I made a very hearty repast. The vessels which held the cream were only two in number, so the good-man and the good-woman and Ewen were placed about one, while Miss Nelly and I got the other. Had any other arrangement been made, I had been disgusted, and I could not refuse to partake of their fare without being liable to the imputation of pride. We returned in the evening.

By long and solid tradition in Uig, the spot where the Uig Chessmen were found in 1831 is held to be the Bealach Ban, a hollow in the dunes in Ardroil. In November of last year, a paper by Dr David Caldwell et al in Mediæval Archaeology proposed that, on the evidence of the Ordnance Survey Place Names book compiled by contractors from local information in the 1850s, the findspot may have been a few miles away at Mealista. Anna Mackinnon, Ardroil, wrote an initial response countering that suggestion and gives more evidence from the Place Names book here. This piece appeared earlier this month in the Uig News; thanks to Anna and the Uig News for the opportunity to republish it.  Meanwhile Dr Caldwell will be speaking in Uig about the Chessmen on Thursday 4 March.  Further detail will follow.

Over the last few weeks, I’ve been delving into the book of place names collected by the very first Ordnance Survey of the 1850s to find out for myself what’s actually there and to work out how much import can be given to the entry that states that the Chessmen were found in Mealista, in the ruins of Taigh nan Cailleachan Dubha. The Place Names book is easily accessible, on microfiche in the Stornoway Library.

I have to say that it’s an example of meticulous paperwork, a colossal amount of painstaking effort must have gone into its compilation but to the 21st century eye, it looks fussy and overdone. It’s handwritten and ruled out in column after column: place name; its correct spelling; any other known variation of the spelling; the location; the English “significance” i.e. translation of the name; the names of the person or persons who were the authorities for the information and of the Ordnance Survey Clerks who wrote it all down and, finally, a column for comments.

We used to be advised as students not to use it as a reliable source as the information was only as good as the knowledge of the informant and also, because its accuracy could have been compromised in translation. There’s a long time since I last looked at it and this time round, I found its main impact, apart from its painstaking “clerkery,” was the sheer volume of place names in the parish of Uig. Going through the pages nearer home, I felt as if I was meeting old friends as place names jumped out at me from the screen, names I used to hear in daily conversation, which are now rarely, if ever, aired.

I was also intrigued by the names of the local informants of the 1850s. I would really like to go back to it and list them all down to see how many can be identified with the help of the census returns. I found my great, great grandfather, Murdo Macleod, Gisla, (Murchadh Ghioslaigh) and his neighbour and brother-in-law, John Macdonald, (Iain Laghach) reeling off names. That pinpoints the collecting of place names to before 1853 and the Gisla clearance, after which all the Laghach family but two ended up in Quebec.

From memory, I was sure that the Chessmen were noted in the pages relating to the Ardroil area although the name Ardroil wasn’t in use in its present form as early as the 1850s. The farm was known initially by variations of Eadar Dha Fhadhail, such as Ederol. The entry about Chessmen is there, under the place name “Bealach Ban.”  It reads, “A glen on the south side of Camus Uig, it is composed of sand. A few years back a number of carved Ivory images of horses, sheep and other animals were found in this glen. Signifies white glen or pass.”