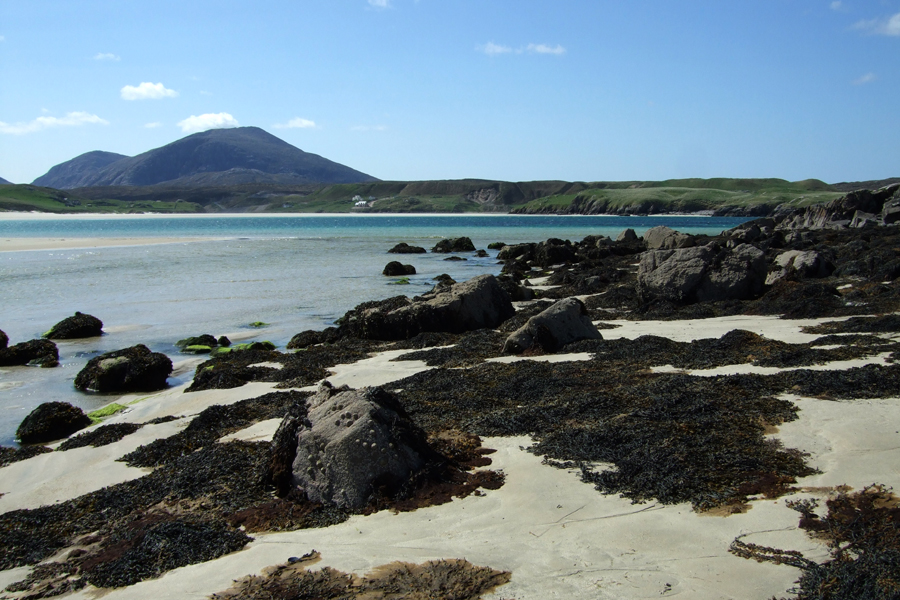 Tradition in Uig tells of a “footprint stone”, a regularly-shaped block about 18″ square with a footprint depression, of the type associated with a saint and used for the crowning of local kings.

The provenance and significance of the stone have been lost to local knowledge (unless someone can enlighten us) but it was highly prized and fought over by the men of Uig and Harris. On one occasion a band of Uigeachs travelled over the hills to take it from Harris (perhaps Rodel) – whether to retrieve it or steal it is unknown. The Hearachs came in hot pursuit and caught up with the Uigeachs on the slopes of Mealisval, not far from the Uig-Harris boundary. A battle ensued, in the course of which the stone tumbled away in the heather and was lost. The outcome of the battle is unknown but the frustration of whichever side was victorious, on being unable to claim their prize, can be imagined.

Many years later, Roderick Mackenzie (jr), gamekeeper at Uig Lodge, discovered the stone while out on the hill. He marked the spot and two men from Crowlista – Dr Duncan Maclennan, who was residing at the Crowlista schoolhouse, and Quentin Macleod, the schoolteacher – set out to retrieve it. They installed it at Uig Lodge, where it lay on top of a wall near the stables until sometime in the 1940s.

Murdo “Policy” Macaulay, an insurance man from Islivig living in Stornoway, removed the stone to town for the proposed Lewis museum.  The museum was in the planning stages for a long time and the stone is not in the collection of Museum nan Eilean.  Where is it now?