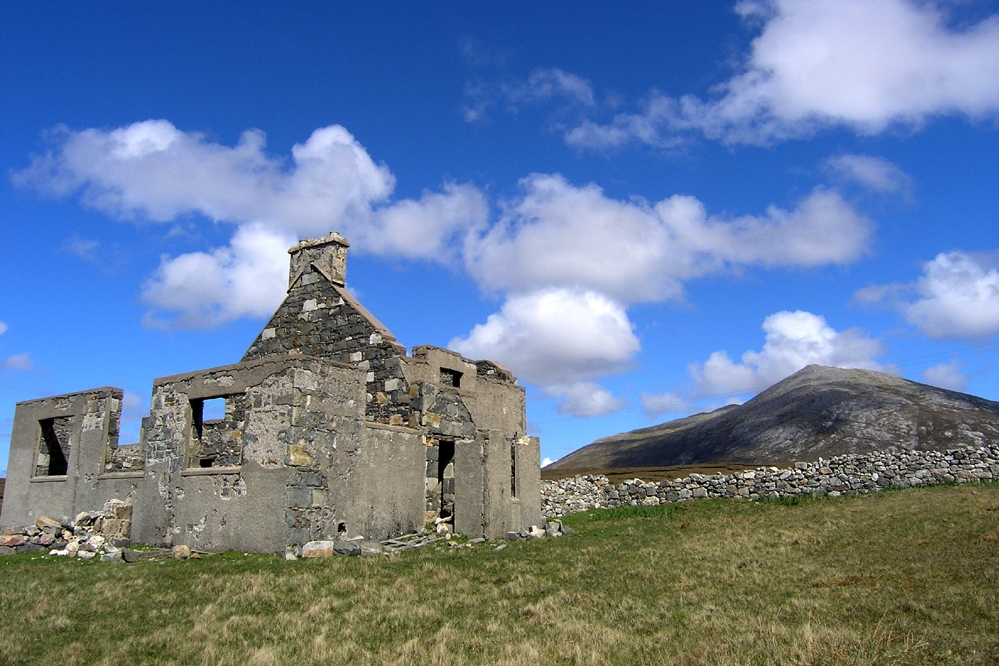 On Christmas Day 1908, 46 crofters and squatters met at the schoolhouse in Brenish (known as Islivig School) and passed eight resolutions demanding the breakup of Mangersta and Carnish farms:  “So that without leaving the locality where they were born and where all associations and kinships that make life dear are, the squatters hold that more than enough suitable land can be hand.”  Failure to accede to these demands would result in the squatters taking “forcible possession and standing by the consequences.”  The petition was sent to the proprietor Major Matheson, MPs (including the socialist Victor Grayson, who sat for the distant Colne Valley), the Scottish Secretary and the press.  It contributed to securing at least part of the desired effect.  Two years later Mangersta farm was broken up and thirteen new holdings created.