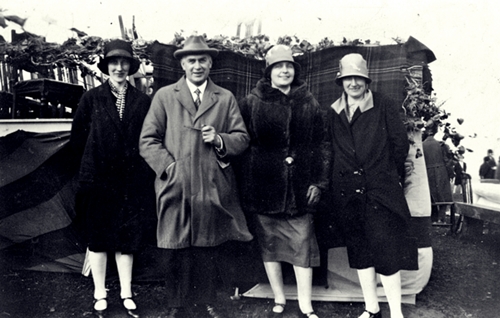 An Là TB was 18 June 1929, the day TB Macaulay, 8th in line from Domhnall Cam and then president of Sun Life Assurance Co. of Canada, returned to his ancestral home. He spent the day in Valtos and it seems most of Uig turned out for him.  While on the island he opened the new Town Hall in Stornoway and launched several schemes of improvement in crofting.  For Uig this meant the provision of the Iron Fence, erected in 1930 and still visible in Cliff and other places, and 14 henhouses.

See Rev Maclennan’s speech on the day, TB’s reply, and the advert for places on his trans-atlantic crossing.

The museum holds a few pictures of the day but we would like to source more.  If you know of any pictures or memorabilia from the festivities in Valtos or the subsequent improvements, please let us know.