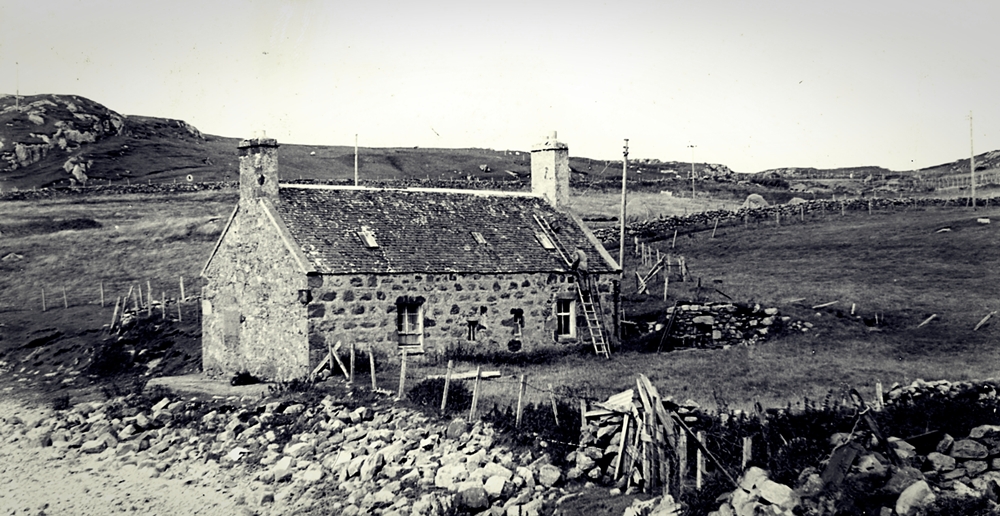 The house at 1 Timsgarry, the oldest whitehouse (taigh geal) in Uig, was originally Ciosamul Schoolhouse (Taigh Sgoile Chiosamuil), and one of the first teachers ca.1796 was John Macaskill, a relation of Janet Macaskill, wife of Rev Hugh Munro.  John later emigrated to Cape Breton.

Subsequently it was Timsgarry Farmhouse, occupied by first Mitchells and then Macraes.  In residence on census night in 1891 are John Macrae (Seonaidh Mòr) and his wife Elizabeth, their four sons and two daughters (ranging in age from 18 to 5), five visitors (including Christina Mackay, rescuer of the Grana crew and sister to Seonaidh) and one servant.

When Timsgarry was broken up for crofts in the 1920s, the house went with 1 Timsgarry, of which the first tenant was Donald Matheson (Dòmhnall Donn) from Geshader. See also a picture of the house in 1964.