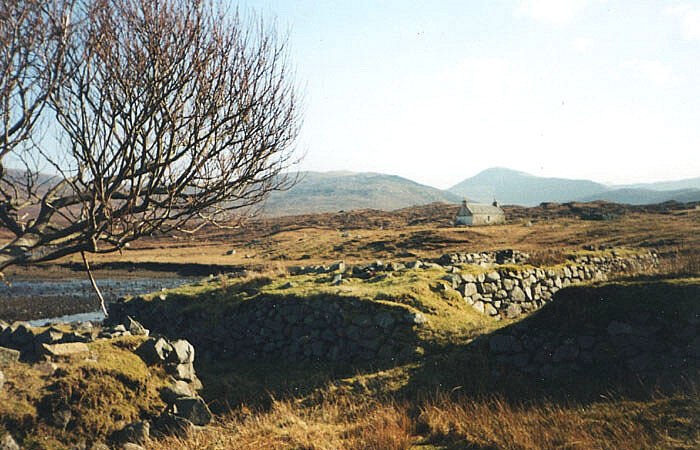 From a very early age Murdo showed an exceptional ability for memorising anything he heard. At the age of seven he was known to have recited to his aunt a sermon he had heard that morning from the Rev. James Macniven, minister of Uig, who paid an annual visit to Kinlochresort.  As there was no school at Kinlochresort Murdo’s sister Kate went to Scarp to attend school, where she spent a few years, but on her mother’s death returned home. Her scholastic abilities were considered to be well above average as is recorded in the Scarp school records.

On her return home she taught her brother the alphabet and how to read, and from then on he taught himself. It is interesting to note that his first days at school were when he sat the entrance examination for the University of Glasgow where he intended to enter the Faculty of Divinity. The pupils in the Nicolson Institute could remember for years afterwards his appearance in the classroom immaculately dressed in a plus-four suit and lighting his pipe in the playground during breaks from the examinations. It was probably very unusual at that time to see an older person sitting Highers along with students of school age. 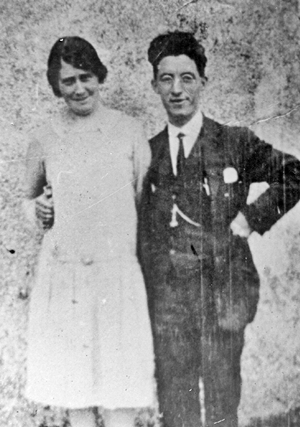 One of his Higher subjects which he passed with credit was Greek, and it was said of him that only once did he consult his cousin John Macdonald, Luachair, who had trained for the ministry, to elucidate something he failed to understand. From an early age he was deeply religious and was well known throughout Lewis and Harris at communion times where he was often called upon to take part in the services. His ability and reputation as a preacher was such that on the summer he was admitted to the university he was offered part-time employment as relief preacher in congregations during the holiday periods, but due to family commitments was unable to accept.

That same year he took ill and was sent to Glasgow Western Infirmary for an operation. Shortly before his operation was due the Second World War was declared and being afraid that the cities would be bombed all the hospitals were cleared, causing him to be sent home. Some months afterwards he died in the Lewis hospital, Stornoway at the age of thirty-three years. [Finlay Maciver Carishader was a young boy in hospital at the same time, and remembers him as being exceptionally friendly and easy to speak with.]

Among his many talents he had the gift of bàrdachd. His Gaelic hymn Am Bata Treun has been published, his original handwritten copy having been found under his pillow in the hospital after he died. It is known that he also composed a poem about the Bernera Bridge when it was opened. It is unfortunate that so little of his written work has survived.

Always fond of a discussion he seemed to attract attention for his lucid arguments wherever he went. Whether it was politics, religion, philosophy, poetry or general knowledge, he could acquit himself well in an argument with the best of scholars. Truly a character not easily forgotten by anyone fortunate enough to have made his acquaintance.