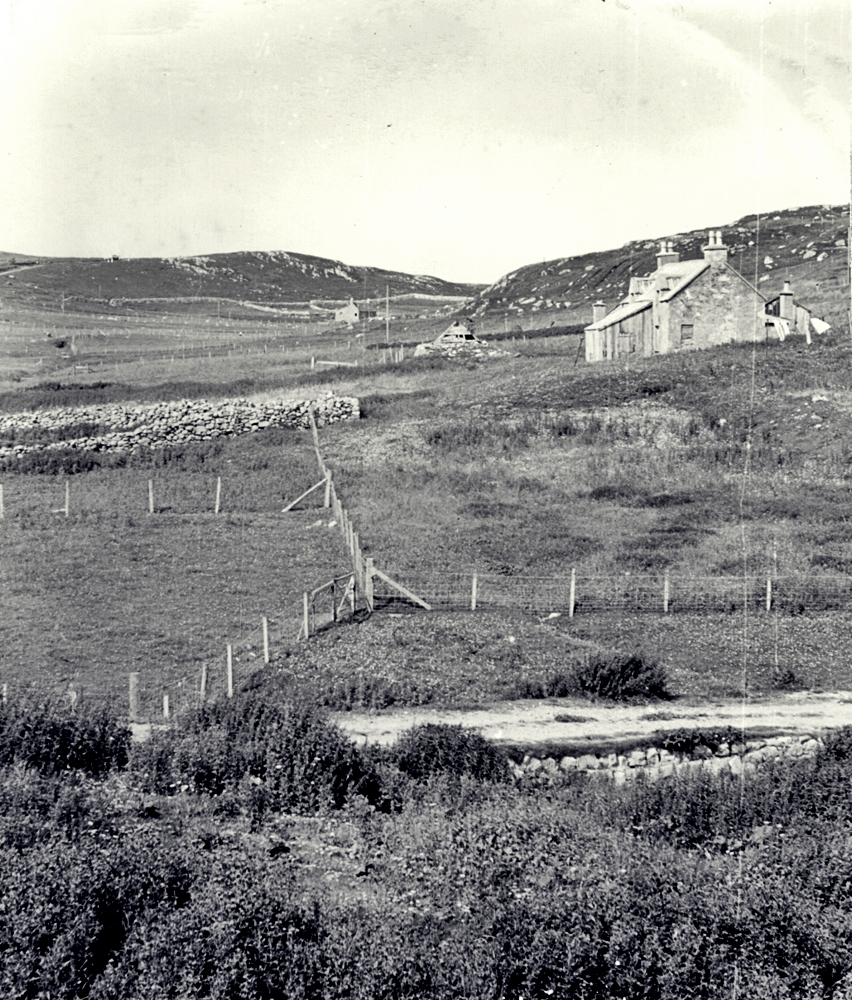 Sir: As the Parish of Uig is never mentioned in your paper, I feel worried that the place may have been washed away by Atlantic storms.  Or is it that as the most progressive parish in Lewis, they now publish their own newspaper?  If so, please let me have their address…

It is still the case that Uig gets few column inches in the Gazette – we really need a correspondent.  However we do, of course, have our own newspaper, the Uig News.  The following appeared in the Gazette in reply to Farquhar’s letter on 13 April 1951.

Sir: Your current issue of the Gazette contained a letter on the above by FA Mackay, South Rhodesia.  This letter is of great interest to me as Farquhar was my pupil in Islivig School 45 years ago.  Humorous and amusing he was then, and even more so he seems now.  His father farmed at Mangersta in these days and Farquhar did indeed see days of liberty and freedom, although he is, at least, 12 years my junior.  Do tell him I still remember our fishing expeditions among the hills of Uig, the pupil leading and instructing his teacher in all the finer arts of angling.  His home was some four miles away from school but there was no pupil more regular at school than Farquhar, and he took a special delight in being present when nobody else was able to put in an appearance.  It did not matter how stormy it was or how deep the snow drifts, Farquhar, bareheaded and coatless, turned up on time.  Like many others who have made ‘good’ in other lands, he no doubt feels sad at heart at the number of ostriches he has left behind and who now think their heads so well hid in the sand that no one sees the error of their ways.

Farquhar’s father was Donald Mackay, the farmer at Mangersta, and his mother was the heroine who single-handedly rescued the crew of the Grana.