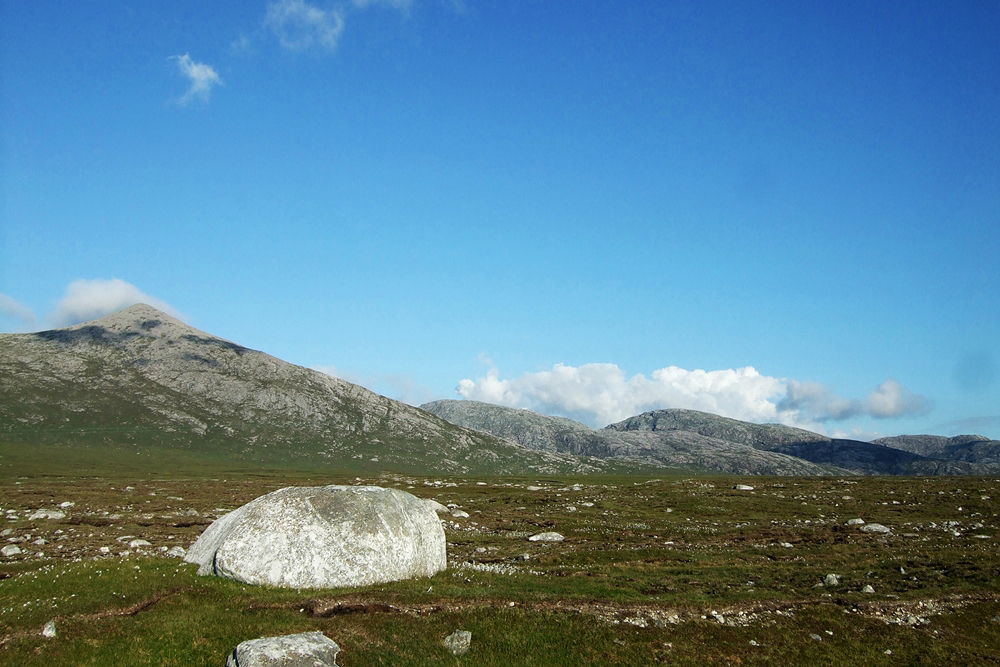 I am informed that this is not the real Clach Aonghais Bhig, and the real one is situated up the valley, perched on the south rim… has anyone got a picture?  It is certainly true that you don’t get much of a view of Brenish from the top of this one.  Some maintain that Angus Beag lived in Mangersta in any case.   See also the comment below and William Matheson’s assessment of the story.

In 1645, three hundred Lewismen fought for Seaforth on the side of the Covenanters at the Battle of Auldearn.  Angus Beag, eldest son of Domhnall Càm, was a man of small stature and many children.  He started out with the Uig contingent as they set off for the mainland, but was persuaded by the others to stay at home so that one member of the family would remain to look after the interests of the clan.

He returned home to Brenish but was met by his wife, the daughter of Mackenzie the chamberlain, who greeted him with the words “Dh’fhalbh na fir uile, ‘s dh’fhuirich na fireacha-dide” . Fireacha-dide is a moor peeper — a useless person hiding in the heather. “All the men left and the useless people remained”.

Angus turned on his heel.  On his way from Brenish, he stopped at the large stone known still as Clach Aonghais Bhig, to look over the district and contemplate his fate.  He joined the rest of the fighting men and was killed at Auldearn, along with all but three of the Lewis contingent.