Dear Sir, I beg to inform you that I am this moment informed of the old woman’s Hut at Arista being broken into and her chest opened and all her little money stolen from it yesterday… 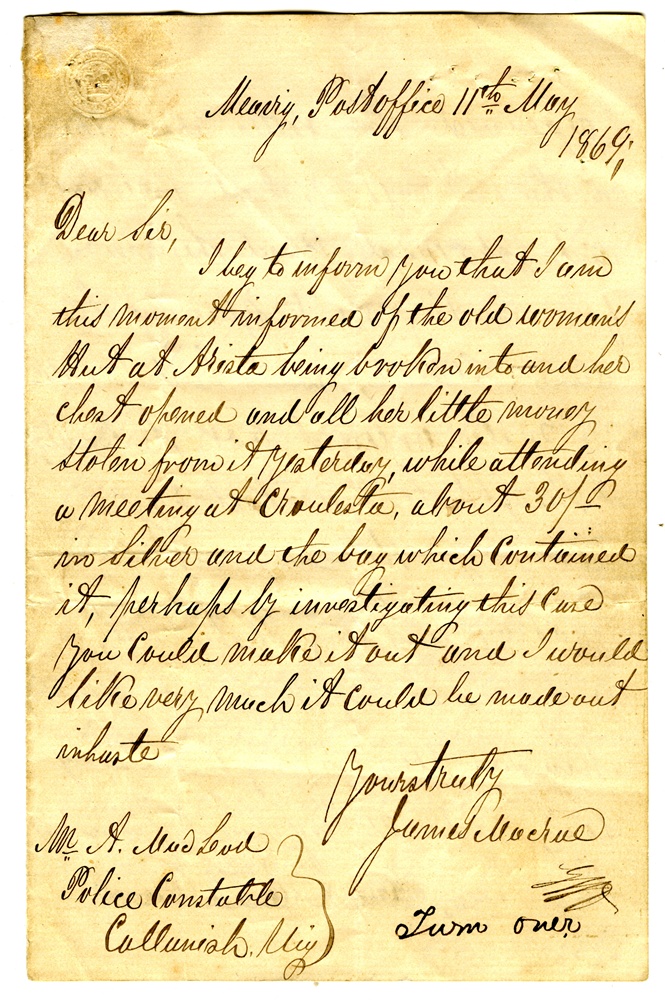 A letter from the Registrar, James Macrae at Miavaig, to Police Constable Alexander Macleod at Callanish.

I beg to inform you that I am this moment informed of the old woman’s Hut at Arista being broken into and her chest opened and all her little money stolen from it yesterday, while attending a meeting at Crowlista, about 30/- in Silver and the bag which contained it, perhaps by investigating this case you could make it out and I would like very much it could be made out in haste. 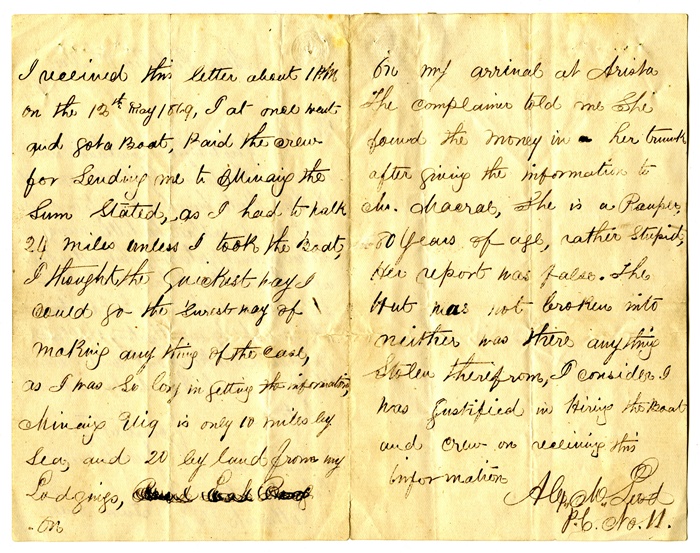 The old woman living at Erista between 1861 and 1871 was Chirsty Macleod, Nic Aonghais, daughter or granddaughter of an Old Soldier.  The reverse of the letter has the response from PC Alexander Macleod.

I received this letter about 1pm on the 12th May 1869, I at once went and got a Boat, paid the crew for Sending me to Miavaig the sum stated, as I had to walk 24 miles unless I took the Boat, I thought the quickest way I could go the surest way of making any thing of the case, as I was so long in getting the information.  Miavaig Uig is only 10 miles by sea, and 20 by land from my Lodgings. On my arrival at Arista, the complainer told me she found the money in her trunk after giving the information to Mr Macrae.  She is a pauper, 80 years of age, rather stupid.  Her report was false.  The Hut was not broken into neither was there anything stolen therefrom.  I consider I was justified in hiring the Boat and crew on receiving this information.

1 thought on “An Incident at Erista”