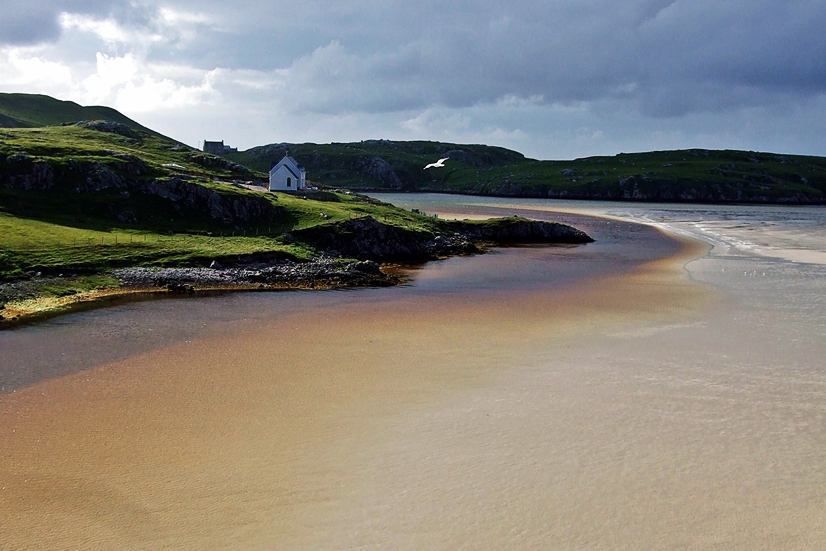 Sir – It may interest some of your readers to know how the Red River, Ardroil, Uig, derived its name.  The story runs that the Macaulays disputed the Norse authorities’ right to collect taxes in Uig:  no doubt they treated the Norse Colony as ferry loopers.  On one occasion two officers were authorised to collect the tax from the Macaulays of Brenish.  A messenger was sent requesting him to meet them at Ardroil River, and to come unarmed as his masters were not armed.  Macaulay, however, suspecting treachery, provided himself with a short caber which he could conceal about his person.  On his arrival at the appointed place he was surprised to find both officers fully armed.  Seeing the trap and realising he had to fight for his life, he killed them both and threw their bodies into the river, which was made red with their blood, hence “Amhuinn ath Dhearg”.  This apparently was the last attempt by the Norse to collect taxes in Uig.

They must have been in Uig for a long period, if place names are any criterion, yet their language left little or no impression; we have very few Norse phrases in our Gaelic.  There are many placenames in Orkney which have their parallel in Uig, such as Pabay, Birsay, Holm, Ness, Lyness, Fea.  In Crowlista we have that beauty spot, Glenfeavic, Feavic Haras, Camus Feavic.  Most people call the latter Camus Uig but a Crowlista person never does.  As I stated in a previous letter I am inclined to think Fea is a personal name.

While the Macaulays were known for their defiance of authority, tradition (though disputed) maintains that they are themselves descended from the Norse, so the distinction (or chronology) here is perhaps misleading.  It’s also the case that there are hundreds of Norse words incorporated into Gaelic.  The Abhainn Ath Dhearg can be red for other reasons – the picture shows it emptying onto Capadal sands after heavy rain.  We do pay our taxes now.