Work is underway in Reef on a new commemorative landmark commissioned by the Bhaltos Community Trust to mark the impact of land reform in Uig and throughout the island. The monument has been designed by Will Maclean and Marion Leven, who also created those at Pairc, Aignish and Gress. 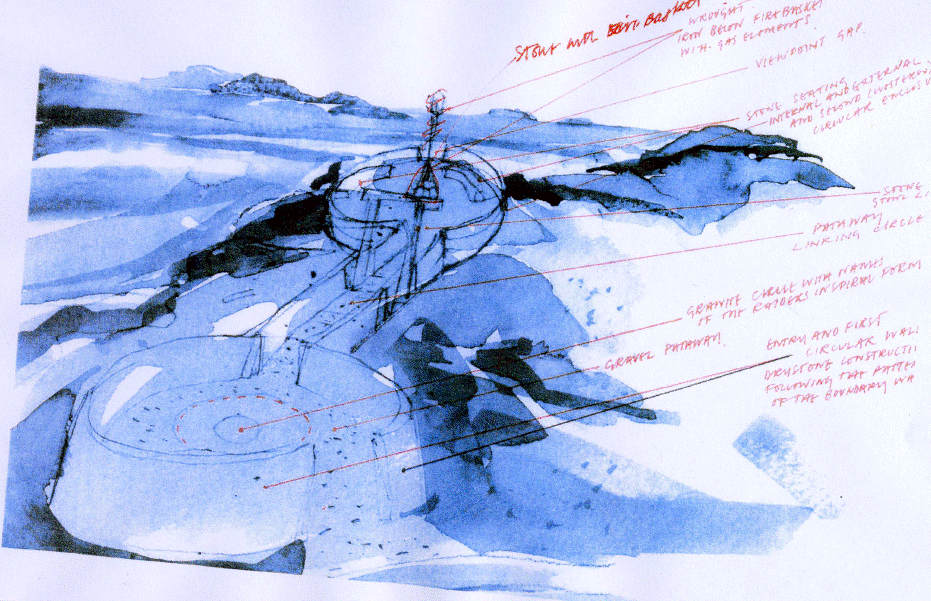 Bhaltos Communiyt Trust agreed at a public meeting to commission the monument to commemorate the 19th century Lewis land clearances, the 20th century raids by the Reef Raiders, more recent Scottish land reforms, and the creation of the Trust itself.  Marion Leven and Will Maclean, who created the landmark structures around Lewis at Pairc, Aignish and Gress, were commissioned to design the monument.

The Reef monument, An Sùileachan (‘lesson’) is constructed on an elevated, panoramic site in the village, with views over the surrounding land, sea and islands. The proposed structure has been designed with two circles, connected by a walled walkway. The eastern circle has a grey stone circular floor, inscribed with the names of the Reef Raiders. The walkway leads the visitor through an archway, designed and constructed by Jim Crawford, to the west circle, overlooking the sea and islands of West Loch Roag, symbolically linking the past and the present.  This circle will have integrated seating inside and outside of the drystone walls and there will be an iron fire basket to provide a beacone which will be lit at times of celebration and commemoration. An Sùileachan will provide a future setting for cultural events as well as being a place of reflection, contemplation and inspiration as it provides a panoramic view of the local area; it will describe the land struggle and its impact to visitors, and show the importance of working together to improve the future of our 21st century island century communities. 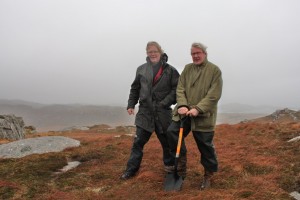 An Sùileachan has been designed to celebrate island craftsmanship and skills. The land around Bhaltos is defined by distinctive old stone walls, which will be replicated in the monument walls, constructed of stones from blackhouses in the area by an island stonemason.  The iron fire-basket will be made by a Stornoway blacksmith and the seating by a local craftsman from local stone and windblown trees from the Stornoway Trust.

The project has been made possible by funding from Scotland’s Islands, Community Regeneration Fund, Proiseact nan Ealan, Uig Community Council and the Bhaltos Community Trust, with the help of volunteers, the Comann Eachdraidh and Cllr Norman A Macdonald.

An Sùileachan was opened on 23 March 2012. A celebration ceilidh was held in Uig Community Centre with music by Dougie Maclean, Maggie Smith, Anna Fraser, Shona Mackenzie and Campbell Scanlan.

153 thoughts on “An Sùileachan: the Reef Monument”