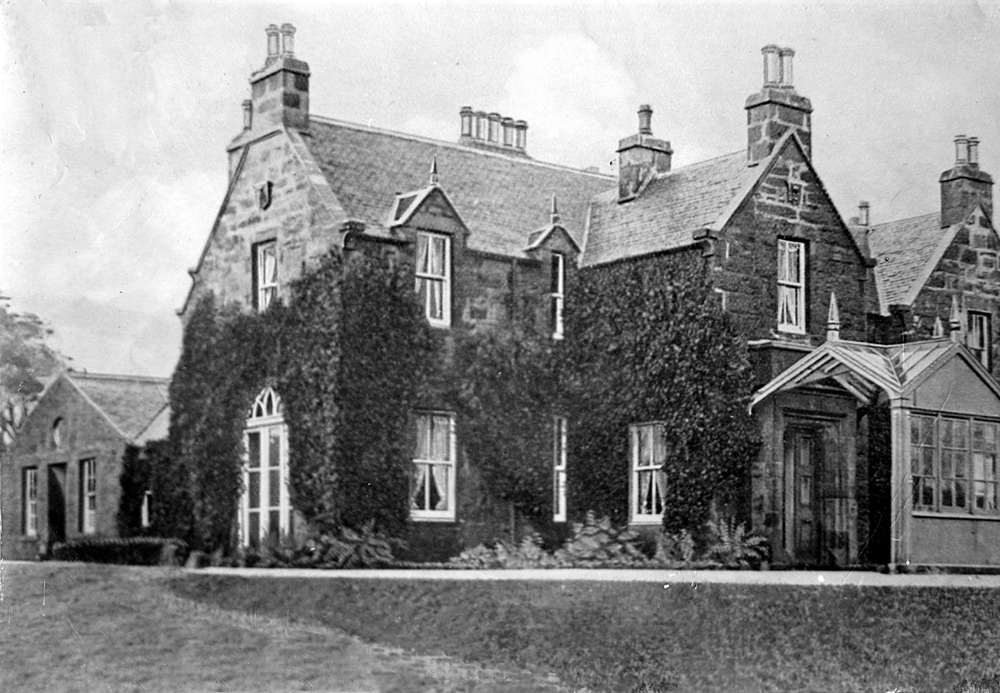 Morsgail Lodge was built about 1850 by Sir James Matheson, purportedly for his wife, Mary Ann Perceval, who chose the spot herself. From 1849 Sir James erected wire fencing around a 15,000 acre tract to form the first deer forest in the Outer Hebrides. He was not a sportsman but used Morsgail to entertain guests and as his summer residence. Besides the stables (with servants quarters above) and various outbuildings, they also built a house for their piper, who played at breakfast and dinner when Lady Mary was in residence. Another photograph is here.

More detail on the various sporting tenants of Morsgail after the death of Sir James in 1878 is in David SD Jones’s Sporting Estates of the Outer Hebrides, Past and Present.

The stonemason was Angus Maclean, an Clachair, from Melbost, who had married the daughter of the farmer Alexander Macrae and was living at Scaliscro. He had also built the new Free Church at Ceann Langabhat and the manse at Uigen in 1846. Angus was offered the small, newly-cleared farm at Gisla in lieu of wages and took it, becoming the first tenant. Among his children were Big Bear Maclean and Donnchadh Ghiosla.

The old lodge was destroyed by fire in 1985 and replaced by a new lodge on the same spot. (See the website.)