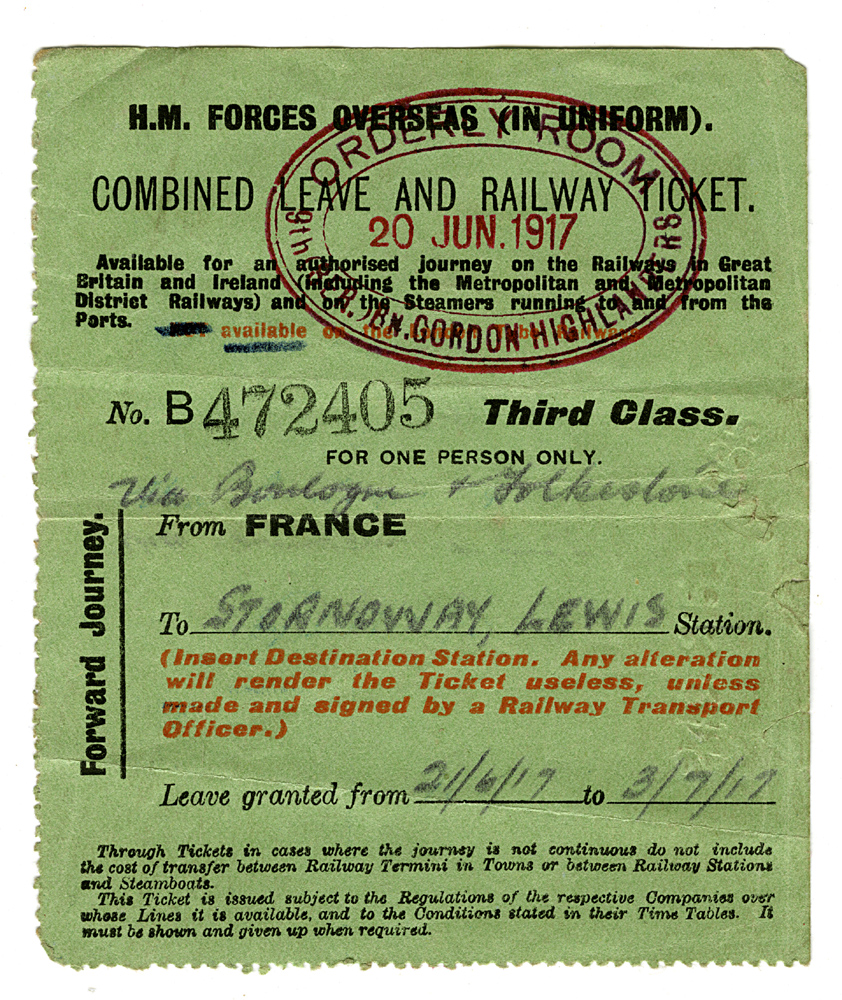 A combined leave and railway ticket dated 20 June 1917, from France via Boulogne and Folkestone to Stornoway.

It came from the Maclennan family of Valtos and we thought it had belonged to Alex Maclennan Reithmir, though he was in the Ross Mountain Battery rather than the Gordon Highlanders, but a newspaper report from 13 September 1918 says:

Of Alex’s brothers, Donald and Murdo were in the Navy and the youngest, John, died of influenza in 1918 at the age of 18, the day before his call-up notice arrived.  The search continues for a Gordon Highlander.