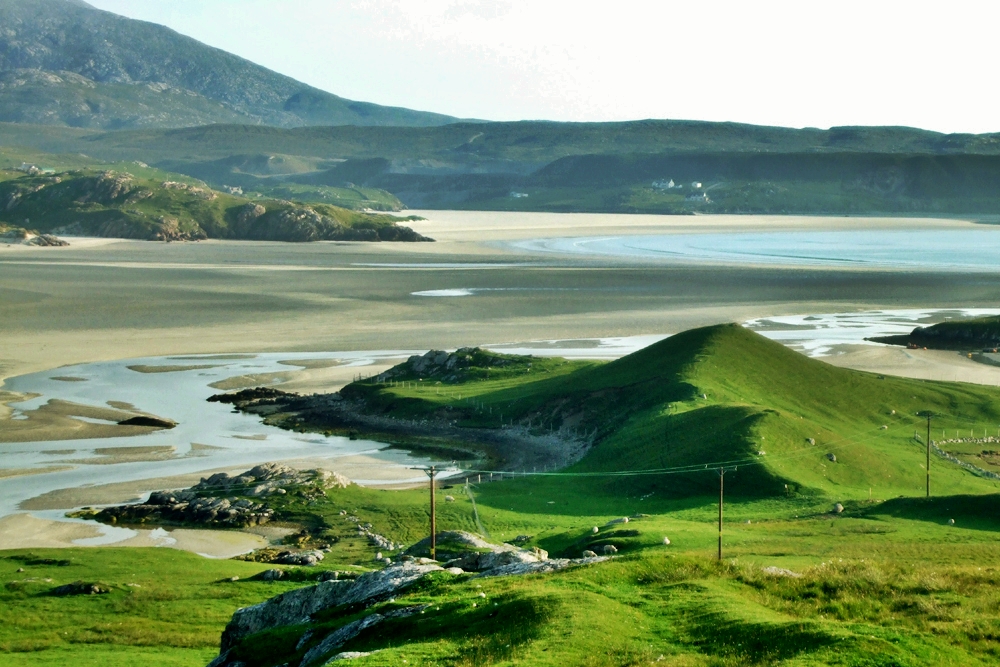 From the Comhairle SMR (Sites and Monuments Record.)

A Bronze Age (2350BC-700BC) cairn was identified at NB045338, on the point of Tolanais overlooking Traigh Uig.  Two small assessment trenches were opened on the southern of two large mounds, in order to determine which features of the site were artificial, and to date these, if possible.

The mound proved to be essentially natural, consisting of fluvioglacial sands and gravels, but with an insubstantial prehistoric cairn at the highest point, overlain by a later turf and stone cellular structure, 2m in diameter.

A late Bronze Age date has been suggested for two rim sherds from the site- one from the cairn, the other from the secondary structure.  The excavation was sponsored by Historic Scotland.

An undated wall running from shore to shore across the neck of the promontory may suggest the site is a walled promontory or fort, though the wall may also be agricultural.

3 thoughts on “Bronze-Age Cairn at Tolanais”