Memories of the shieling and the village he left behind – written by Donald Maclennan, Dòmhnall Mhurchaidh Dhòmhnaill a Sguthair, 24 Valtos, who emigrated to America.

END_OF_DOCUMENT_TOKEN_TO_BE_REPLACED 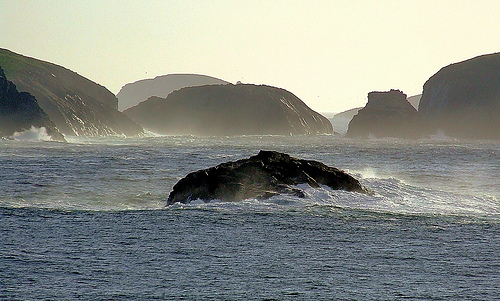 A large number of Lewismen settled in Duluth, Minnesota in the 1870s and 1880s, many becoming prominent citizens in the town. The first was William L Maclennan (1834-1888), son of Donald Maclennan. This family seems to have originated in Kintail or Lochalsh; in 1841 Donald was a shepherd in Bunavoneadar, Harris, and soon thereafter became a small tenant at Kinlochresort, Uig. The family emigrated to Bruce County, Ontario in the 1850s. The following appeared in the Stornoway Gazette in the 1940s:

It is uncertain who were the first Lewismen at the Head of Lake Superior or when they came. It is a well-known fact that in the early days of the Hudson Bay Company, they preferred to recruit men for their service in the Isle of Lewis, as Lewismen were found to be very hardy and able to carry on in the severe work of trading, and it was also found that they were more capable of making friends with the Indians of Northwest America than was any other group of people. It is known that Morrison County, in the central part of Minnesota, was named for a descendant of the last Brieve of Lewis.

However, the first Lewisman who made his permanent home in Duluth was William L Maclennan, whose home in Lewis was near Loch Hamnaway. His family emigrated to Ontario in the ‘fifties. After a short period there, Mr Maclennan conceived the idea that there might be better opportunities for a young man in the United States, so he moved to Duluth in the late ‘sixties. Duluth was then only a small pioneer town on the outskirts of civilisation. He went into several lines of business in the new town, principally contracting and real estate. He was the builder of the breakwater in Lake Superior that formed what was then the outside harbour of Duluth before the canal was opened to the main harbour.

After settling in Duluth, he brought Miss Julia Macleod to this country in 1872 to be his wife. She was a daughter of Roderick Macleod, a well-known builder in Stornoway at the time. Shortly after they were married, Mr Maclennan became one of the organisers of the first bank in Duluth. After organising the bank, the promoters were looking for a capable man to manage the new bank. Mrs Maclennan suggested Mr AR Macfarlane who at that time was in a bank at Toronto, Ontario. Mr Macfarlane, a native of Stornoway, got his early training in the banks there. Mr Macfarlane accepted the new position, and under his guidance the American Exchange Bank of Duluth grew to be one of the largest in the Northwest. Mr Alexander M Morrison of Stornoway, an acquaintance of Mrs Maclennan and Mr Macfarlane, moved to Duluth in the early ‘seventies. He entered the grocery business and made a success of it.