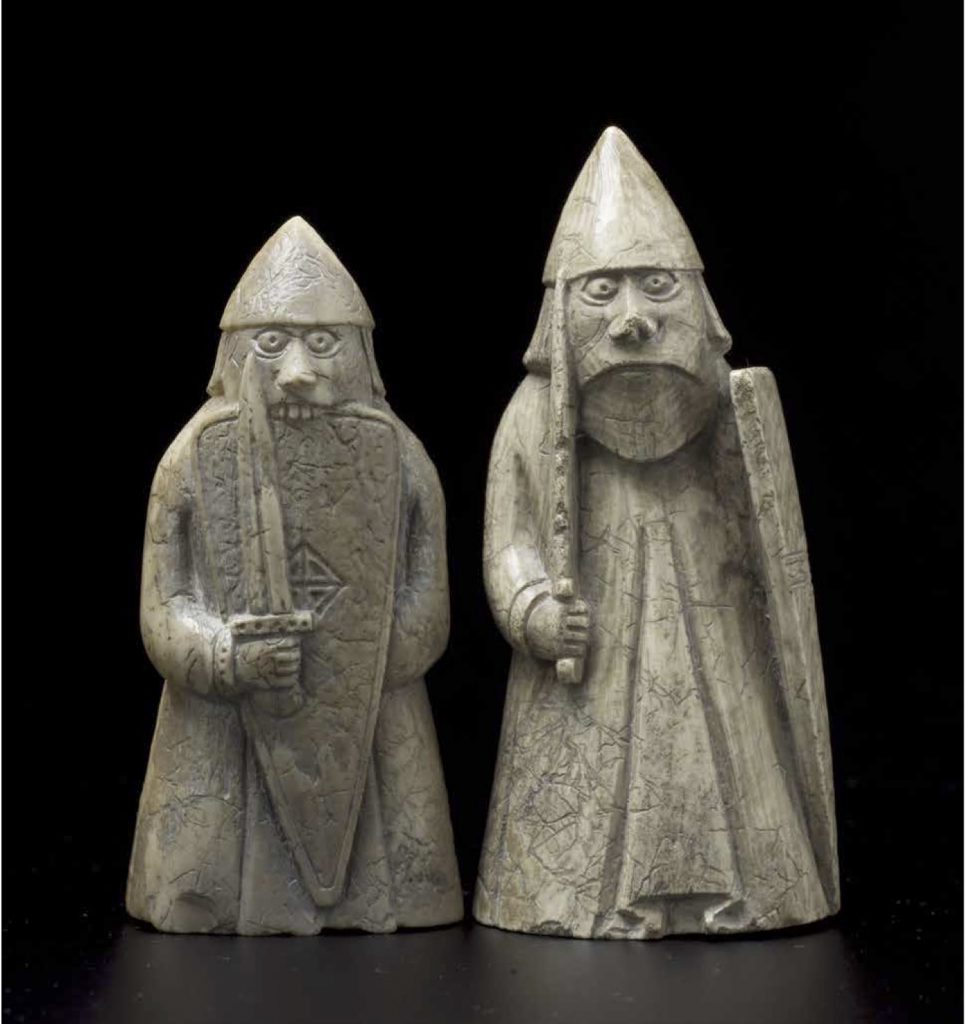 Lewis was part of the Norse Kingdom at the time that the pieces were made and would have had an important place in politics of the western seaboard.
They may have been produced by one or several workshops in Trondheim, Norway, where a similar piece was unearthed. Norse occupation of the Western Isles lasted for nearly five centuries and the chessmen may have been hidden towards the end of our Viking period.

This chesspiece depicts a Berserker, who was a particularly savage warrior, sent into battle to terrify the enemy.