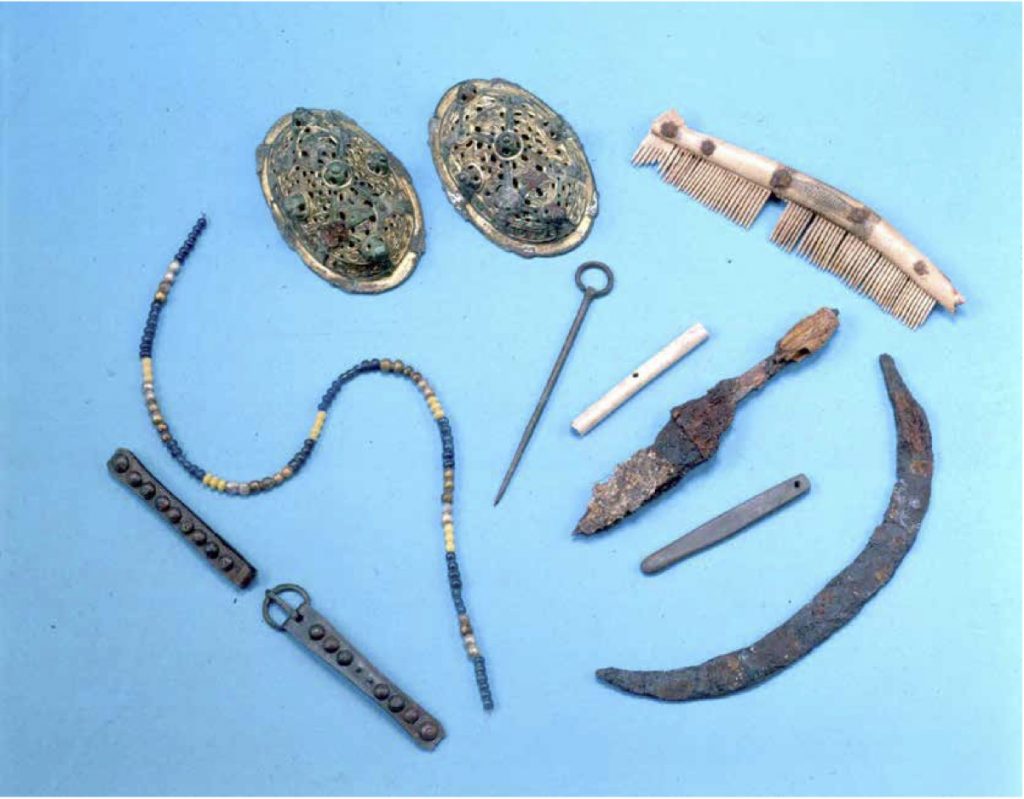 Viking invaders arrived by sea from the north, raiding and plundering. The Uig men probably died defending their territory, but many women survived, taken as wives or slaves. The bilingual settlers stayed for over 400 years, known as the Gal Gaels (Norse Gaels). The Valtos peninsula was an important Norse centre. On Cnip headland is a Viking cemetery, one burial was a rich female. The Norse names of villages, hills, lochs, bays, islands and headlands in Uig are evidence of settlement. The famous ivory chessmen, dating from this time, were found in Ardroil. Only after 1266 the Battle of Largs and the Treaty of Perth, did Viking rule come to an end.