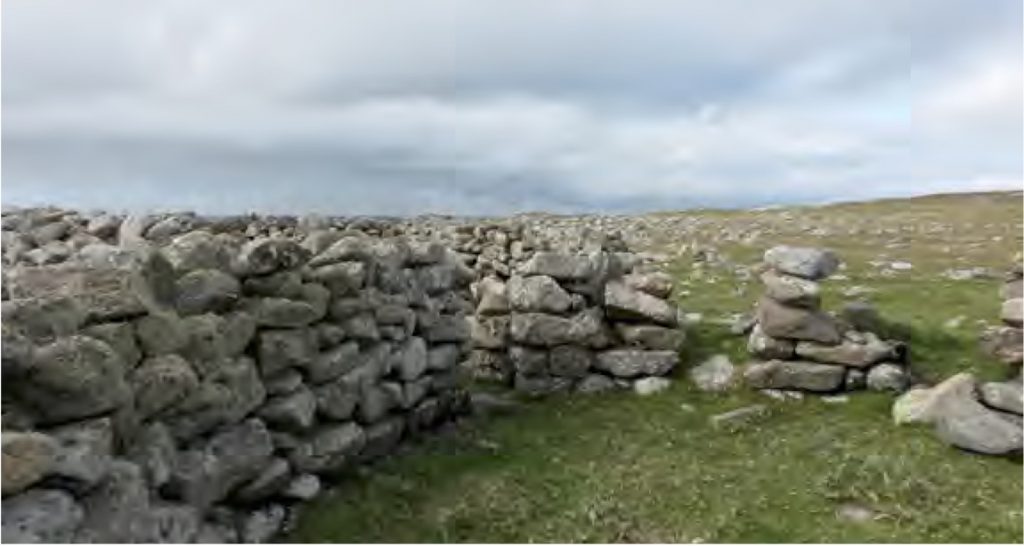 Settlement which housed Angus Macaulay, killed at Auldearn Fear Bhreanais, and his retainers.

In spring 1645, sixty Uig men, recruited by the Mackenzies, under the Second Earl of Seaforth, embarked here to fight at the Battle of Auldearn on the side of the Covenanters against the Royalists led by Montrose. Of the sixty, only three returned.

It was never used as a pier again.