“ I was born in Uig and I was upon two occasions deprived of my possessions … we were deprived of the hill pasture which was given to the neighbouring tack and then our stock was taken from us, we were obliged to subsist as best we could upon the crofts. Subsequently we were summoned out of the parish altogether and deprived of everything we possessed – cattle, sheep and everything else. The people asked the Chamberlain at the time what he was then going to do when there were no homes, and he pointed to the sea, and told them their home was there.”

Malcolm Maclean who was among those cleared in 1837 and sent to Ness. He described the experience of the evictions to the Napier Commission in 1883.

“ Our places were crowded first when the neighbouring township of Mealista was cleared. Six families of that township were thrown in among us; the rest were hounded away to Australia and America, and I think I can hear the cry of the children till this day” 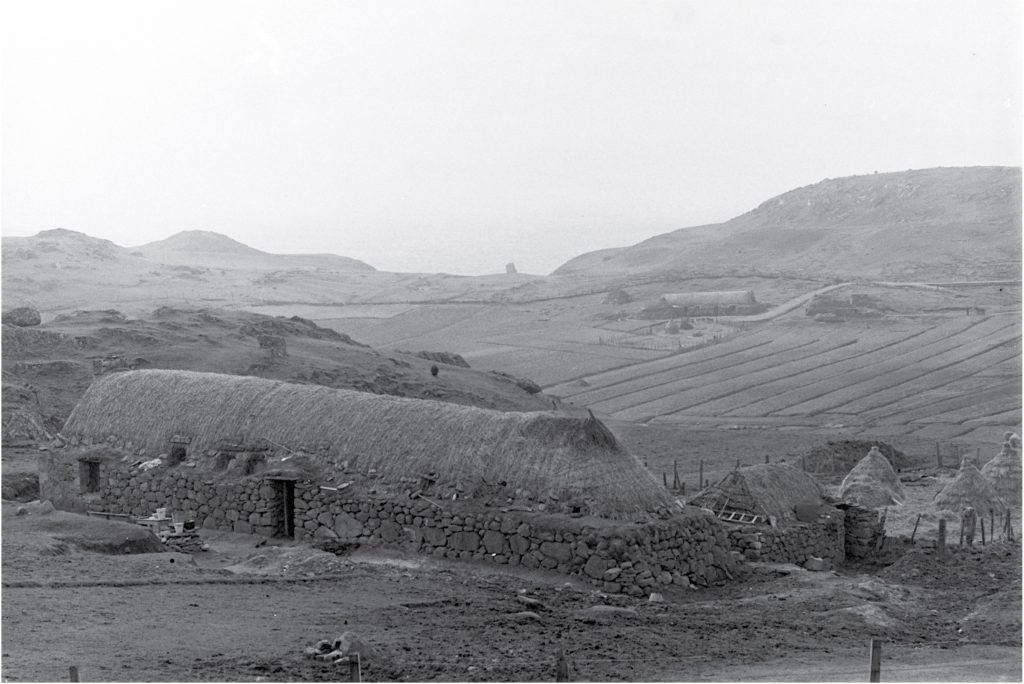