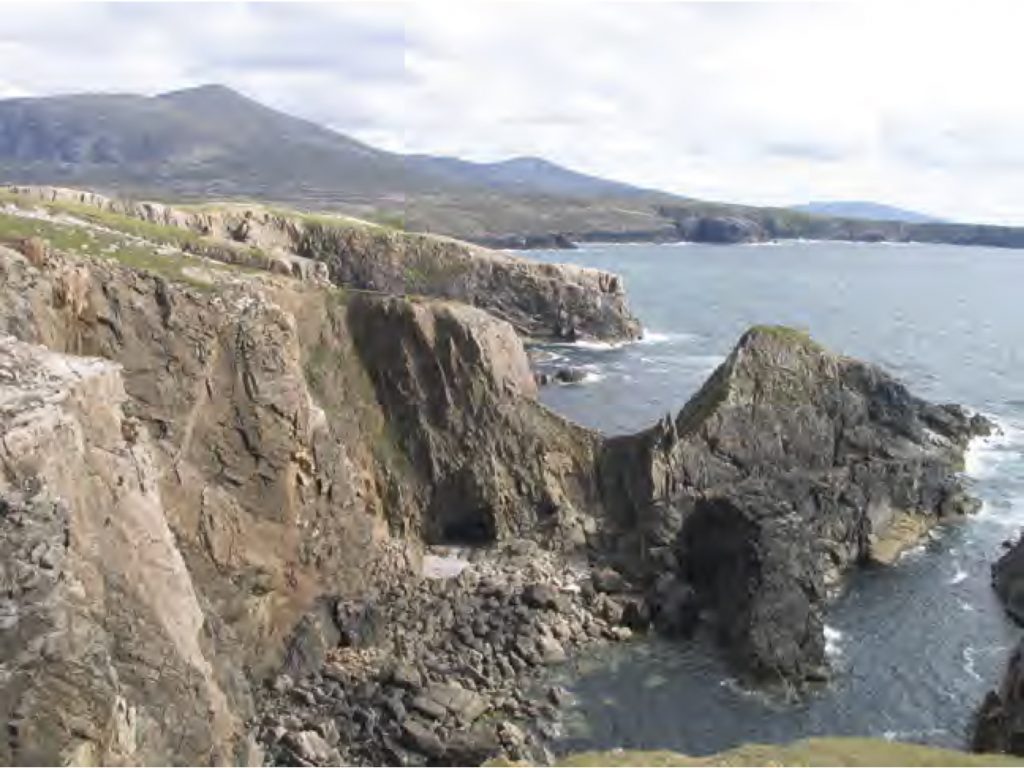 From the 15th to the 17th centuries, Lewis was torn by internal quarrels and strife. There were three main clans: the Macleods with headquarters near Stornoway, the Morrisons of Ness and the Macaulays in Uig.

Oral tradition maintains that they were related but ill-feeling and misunderstandings resulted in constant feuds.

Dòmhnall Cam was a resourceful warrior whose courage and endurance were admirably suited to the lawless times in which he lived, at times a chieftain and at others a fugitive from justice and from his enemies, who saw him as a ruthless criminal.

His last known dwelling place was Stac Dhòmhnaill Chaim in Mangersta, the sheers cliffs of which his daughter Anne was said to climb with a milk-pail in each hand.